I collaborated with local activists in Brooklyn, NYC, to ‘Save The Slave’ – a theater that had become a hub for activist and community events by and for the people of Bed-Stuy and beyond. Named as a reminder of the past and ongoing struggles of black people, the theater soon gained the respect and participation of black leaders like Stokely Carmichael/Kwame Ture, Cornel West, U.A.M., and the late Khalid Mohammed, and served as a space for consciousness-raising, celebrating, and creating a better future for everyone. For a decade its been under threat from race- and class-based genocide, finally closed down in the name of corporate ‘development’. Over a summer, we painted a replica of the theater sign on the street outside then carried it through the community – showing that the theater was alive and fighting back, collecting people’s stories about the space, and encouraging people to come to a fundraising event with local artists and speakers. Drawing the attention of past and present Black Panther activists, this project also directly engaged the possibilities and complexities of collaborating across ‘color-lines’ for racial justice. 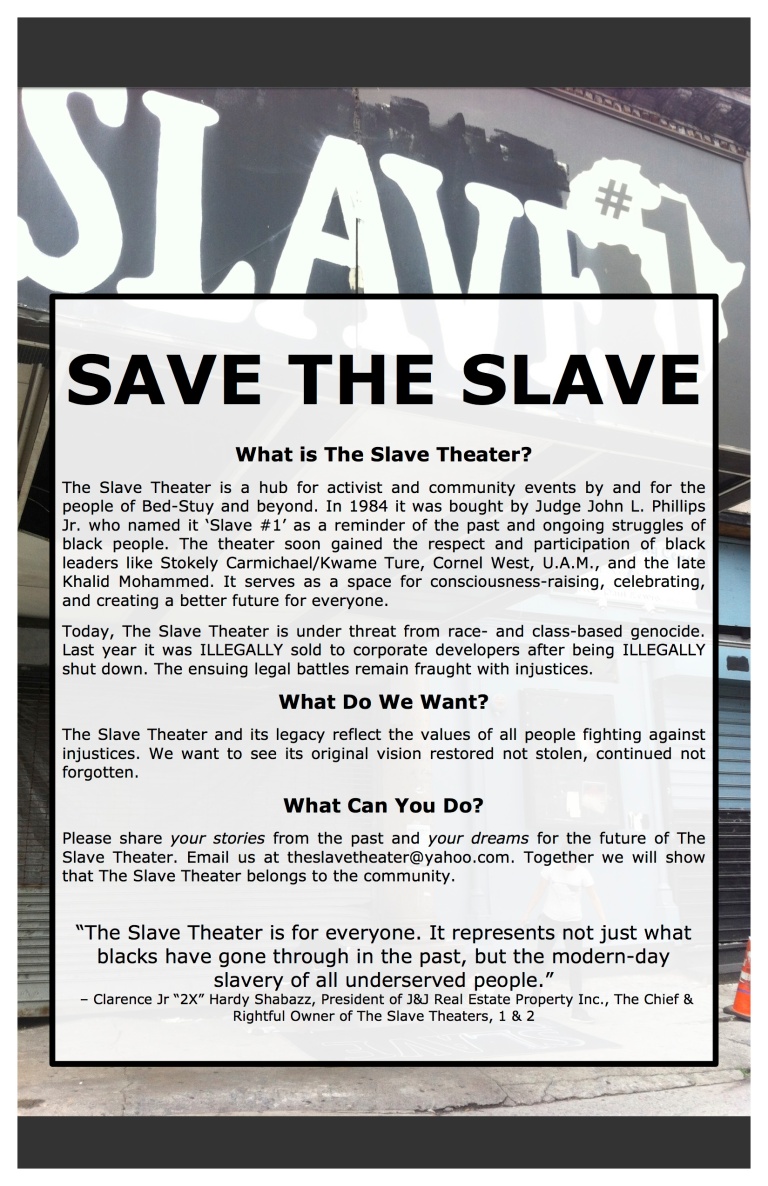